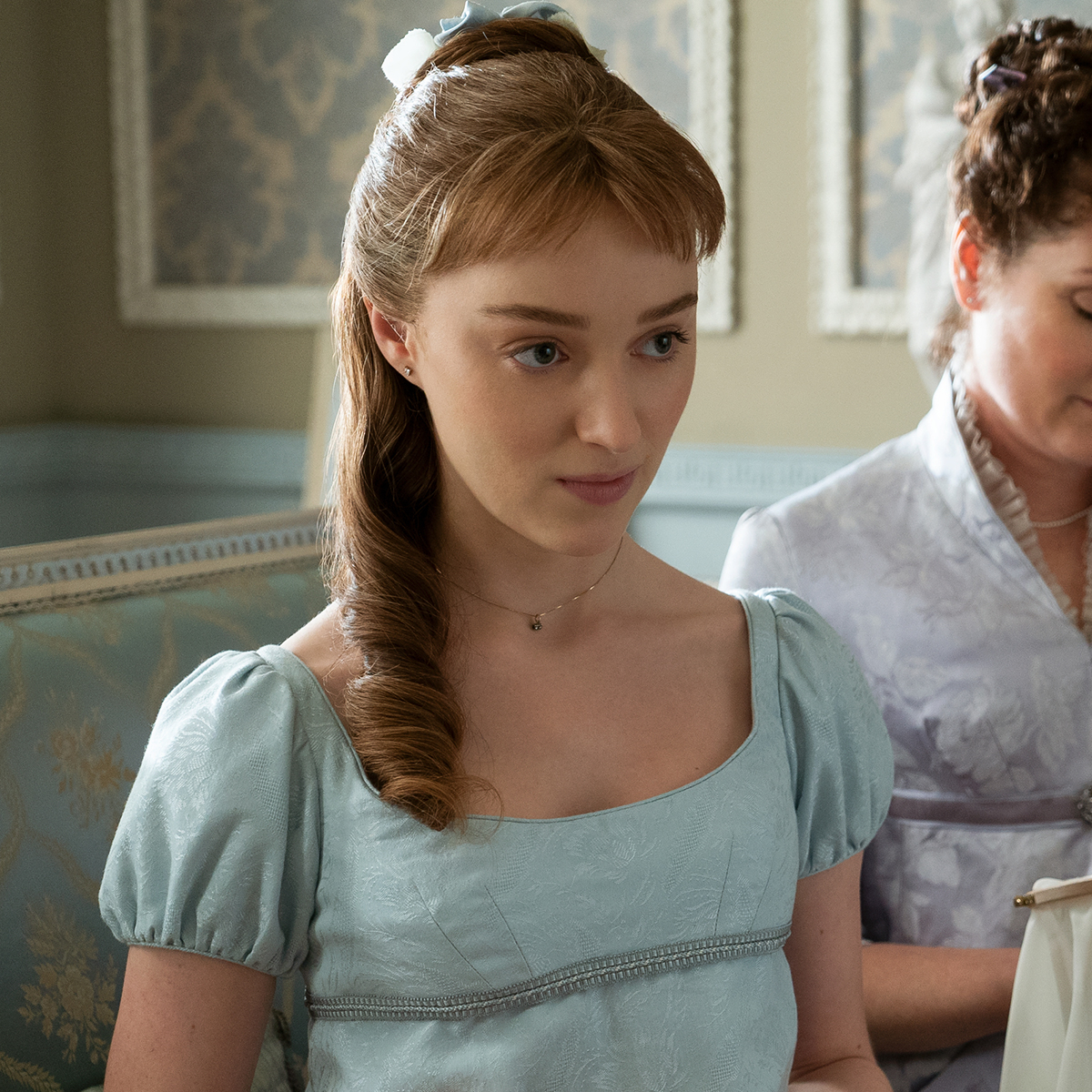 It’s no secret Bridgerton has some steamy scenes—especially between Phoebe Dynevor‘s and Regé-Jean Page‘s characters. So, what was it like for the 25-year-old actress to watch the show back with her family?

“I’m happy for Mum and Dad to see it, because they know the industry, and they know how hard I worked, and how much it meant to me getting that role,” she told The Guardian for an interview published Jan. 17. “But not my grandparents. And with my younger brother… well, it’s awkward.”

But when it came to filming the sex scenes, Dynevor says they would rehearse them “like stunts.”

“I would literally know exactly where a guy was going to put his hand at what moment,” she explains to the publication. “And we’d have props, like mats, that went in between us. It was more intricately choreographed than our dance routines in a way, so I never really felt exposed at all.”